After 568 AD the nomadic Avars settled in the Carpathian Basin and founded their empire, which was an important force in Central Europe until the beginning of the 9th century AD. The Avar elite was probably of Inner Asian origin; its identification with the Rourans (who ruled the region of today’s Mongolia and North China in the 4th-6th centuries AD) is widely accepted in the historical research.

Here, we study the whole

This paper used a complete mtDNA genome study of 113 unrelated individuals from the Melakudiya tribal population, a Dravidian speaking tribe from the Kodagu district of Karnataka, Southern India.

Some interesting excerpts (emphasis mine):

Autosomal genetic evidence indicates that most of the ethnolinguistic groups in India have descended from a mixture of two divergent ancestral populations: Ancestral North Indians (ANI) related to People of West Eurasia, the Caucasus, Central Asia and the Middle

Archaeogenomic studies have largely elucidated human population history in West Eurasia during the Stone Age. However, despite being a broad geographical region of significant cultural and linguistic diversity, little is known about the population history in North Asia. We present complete mitochondrial genome sequences together with stable isotope data for 41 serially sampled ancient individuals from North Asia, dated between c.13,790 BP and c.1,380 BP extending from the Palaeolithic to the Iron Age. Analyses … Read the rest “North Asian mitogenomes hint at the arrival of pastoralists from West to East ca. 2800-1000 BC”

Complete mitochondrial genomics is an effective tool for studying the demographic history of human populations, but there is still a deficit of mitogenomic data in European populations. In this paper, we present results of study of variability of 80 complete mitochondrial genomes in two Hungarian populations from eastern part of Hungary (Szeged and Debrecen areas). The genetic diversity of Hungarian mitogenomes is remarkably high, reaching 99.9% in a combined sample. According to the analysis of molecular variance (AMOVA), European populations showed a low,

Assessing population diversity in southern Italy has traditionally relied on archaeological and historic evidence. Although informative, these lines of evidence do not establish specific instances of within lifetime mobility, nor track population diversity over time. In order to investigate the population structure of ancient South Italy I sequenced the mitochondrial DNA (mtDNA) from 15

… Read the rest “Pre-Roman and Roman mitogenomes from Southern Italy” 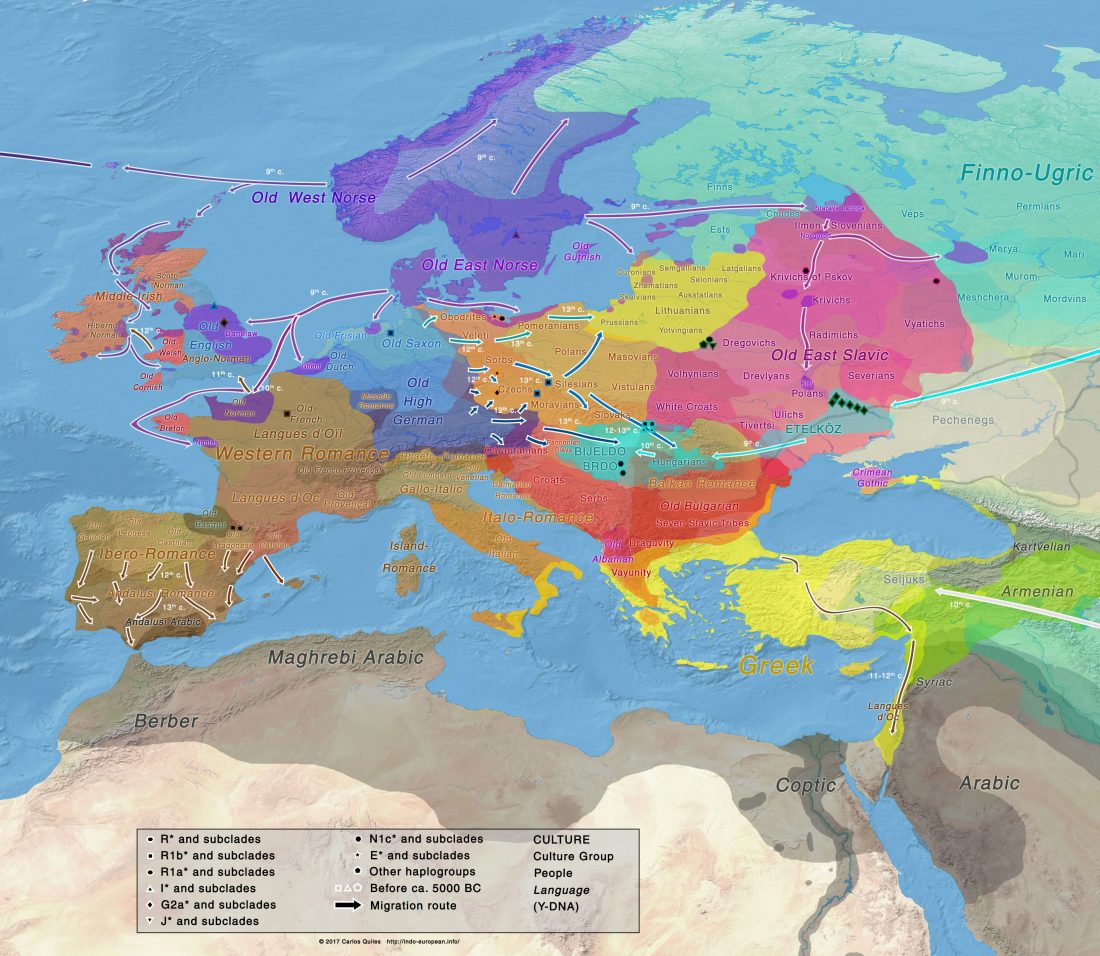