I have used Y-SNP inferences recently reported by FTDNA (see below) to update my Ancient DNA Dataset and the ArcGIS Online Map, and also to examine the chronological and geographical evolution of Y-DNA (alone and in combination with ancestry).

I. Iron Age to Medieval Y-DNA

#Vikings ancient DNA mapped through the evolution of Y-chromosome haplogroups, from data in Margaryan et al. (Nature) 2020 supp. tables with many Y-SNP calls by FTDNA, and other reported ancient samples…(2/3) pic.twitter.com/kjaf05I5qj

These are some selected periods in PDF (to better appreciate the evolution of individual samples), in 100 year intervals:

Here are some relevant Kernel Density maps obtained by selecting specific Y-DNA haplogroups from the Late Iron Age to the Middle Ages (ca. AD 400-1300). The main problem with these “heat maps” is the lack of proper random geographical sampling. 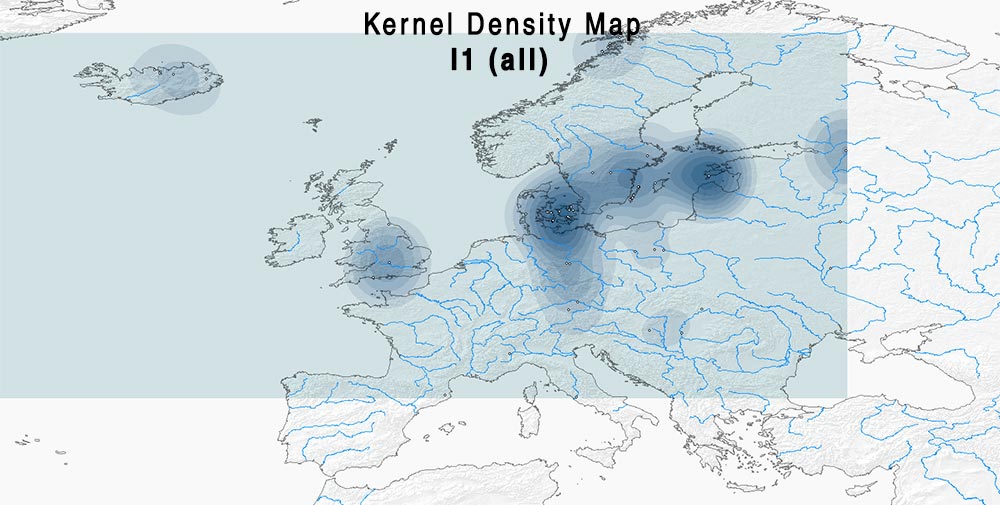 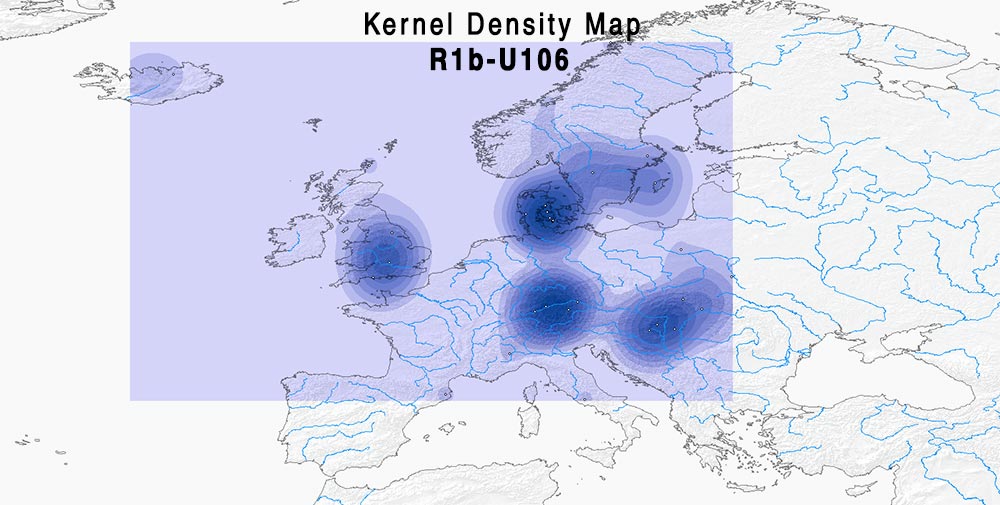 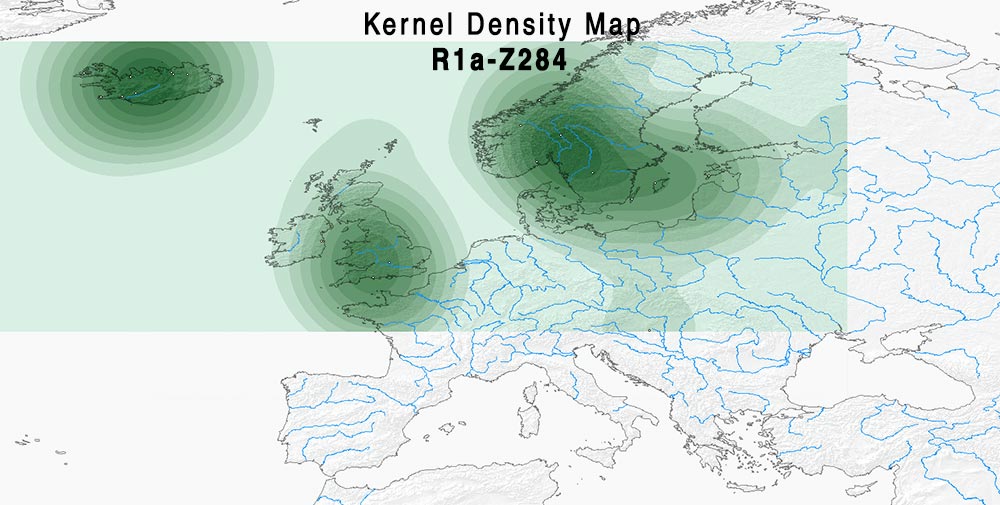 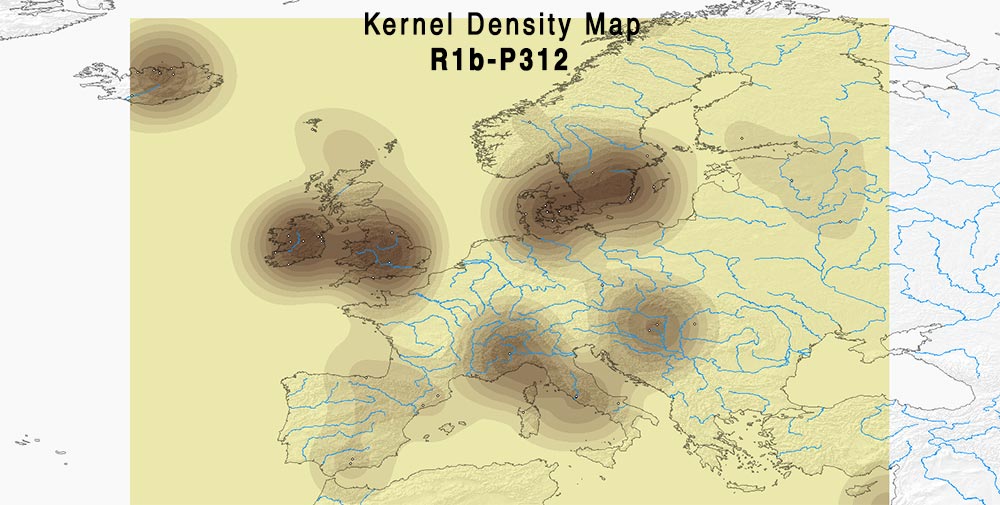 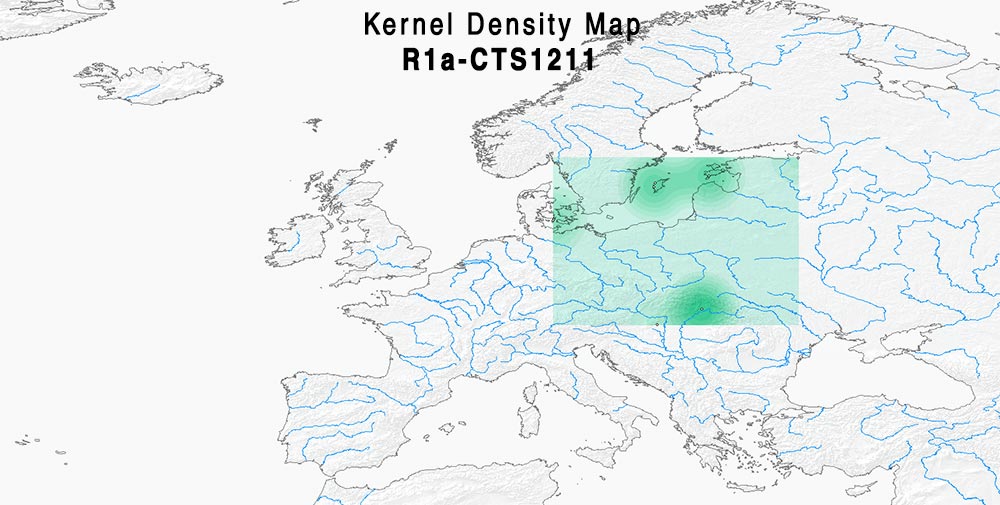 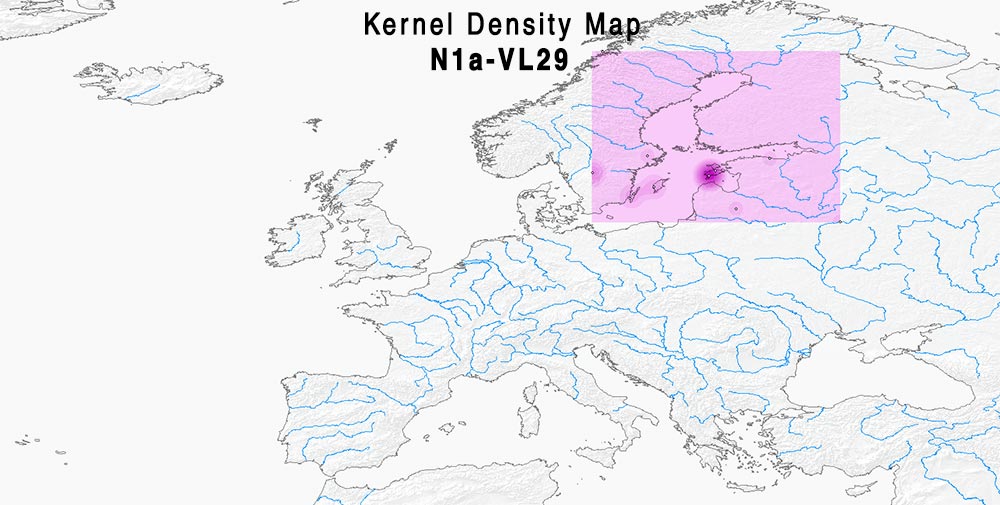 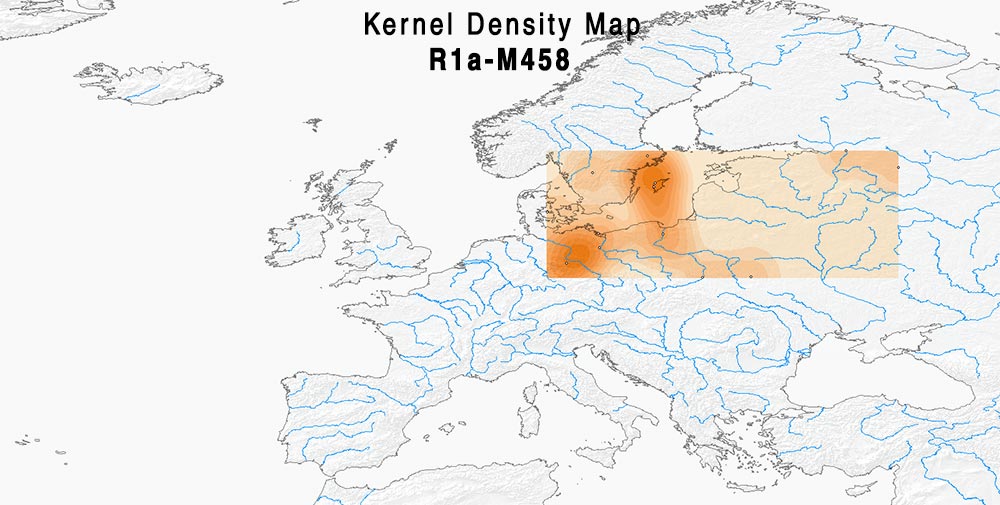 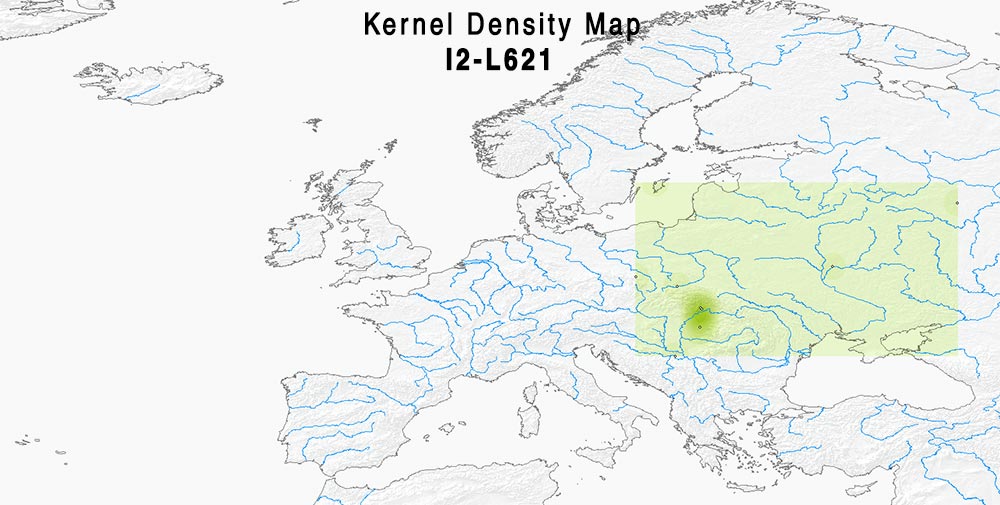 A word of caution is due (same as last year): by selecting modern populations – some of them closely related – to test Iron Age and Medieval samples, the authors have consciously chosen to draw an anachronistic picture prone to misinterpretations, even though it might also be useful to generate new hypotheses to be tested.

This is how I would interpret each ancestry at first sight, assuming that some or all of these components must have formed well after the first Viking expansions:

These are some selected periods in PDF (to better appreciate the evolution of individual samples), in 100 year intervals:

This is probably the trickiest part. There is no obvious relationship between Y-DNA and ancestry. Nevertheless, whenever we are lucky enough to get a proper sampling of a certain period, we might occasionally find some relevant links between the expansion of very specific subclades and a certain admixture.

Here are some maps that might be useful to assess that:

NOTE. I usually labelled samples with their ID, but occasionally the terminal SNPs are selected for clarity.

Admixture and haplogroups I1, I2

The division of I1 into ancient branches is probably too simplistic, and would need a careful selection of recent ones to see if regional patterns emerge:

If modern ancestry components can be trusted, it looks like R1b-U106 and R1b-U152 also need a careful selection of subclades to see if there is some relationship between regions and ancestral components, whereas R1b-Z290 (including the common R-L21 subclade) is more clearly associated (at least the earlier samples) with “British”-like admixture.

Admixture and R1a and N1a subclades

The case of R1a-Z284 looks probably more “Norwegian” and “Swedish”-shifted – i.e. Northern Scandinavian – than I1 and R1b-U106 above, whereas R1a-Z280 looks more East Baltic-related.

In fact, a curious finding by FTDNA is the Y-DNA connection of newly reported R1a-CTS1211 ‘basal’ subclade R-YP4932, shared by VK487 from Saaremaa (ca. AD 750) with Estonian LBA samples V9_2 from Joelähtme (ca. 1115 BC) and X14_1 from Rebala (ca. 605 BC), both from the Harju region, which attests to the continuity of male lineages (and not only ancestry) among Baltic Finns around the Gulf of Finland.

#EDIT: On the other hand, depending on how one interprets those “Swedish”-like Vikings of hg. N-VL29 from Estonia and Northern Russia, they could also be interpreted as a back-migration of lineages associated with Germanic-speaking Scandinavians since the Early Iron Age…

I have put together the most commonly assumed Early Slavic Y-DNA markers (that is, I2-L621, E1b-V13, and R1a-M458) in one of the maps, to show their recent connection with “Modern Polish” ancestry.

FamilyTreeDNA has published in a matter of days detailed Y-SNP inferences and useful comments for 285 samples from those released at ENA, as reported step by step in Roberta Estes’ blog DNAeXplained. If you are an FTDNA client and lucky enough to have a distant family member among those sampled, you will find them in your tree by now.

The FTDNA team formed by Michael Sager and Göran Runfeldt – the same pair that contributed to the recent paper on the Hungarian Árpád Dynasty – had been already testing all ancient samples available for many weeks now, adding many of them to the FTDNA Haplotree.

NOTE. Up until now, those additions had been more or less hidden to the general public, except for some cases that have been announced by Estes or Runfeldt – and I have included in the Ancient DNA Dataset. Some of those still hidden are known to be there from their likely position and the new branches formed. As far as I could see, there are some other more or less obvious ancient samples in the haplotree, which I haven’t included because I can’t be sure.

As you might notice from the Ancient DNA Dataset, it is slowly but radically changing the visual output into a sea of Y-SNPs with green background that reflects FTDNA’s seal of approval. Advantages over what we had before include:

1) The combination of coverage and quality accepted by FTDNA has a lower threshold than the one used by YFull, which means that we get confirmation of SNPs from lower coverage samples which, even though not very informative from a genealogical perspective, can be very interesting from a (pre)historical point of view.

2) The pace at which FTDNA can manually check Y-SNPs clearly beats any other lab or amateur. As of yesterday, when I finished getting samples from both, YFull had analysed half or less, had some of them still in progress, and there are probably still some with good enough coverage to be included.

3) The depth of assignment in FTDNA is usually one step or more beyond YFull’s thanks to their larger database (by 50% or more) – in my dataset, one subclade behind by YFull is in yellow background, two subclades or more in magenta background. Many samples have split branches only present in FTDNA, which cannot be followed by YFull.

NOTE. FTDNA is said to be slightly more “Eurocentric” – which means that its database is even larger in terms of common European haplogroups – but so is (and will probably remain) the ancient DNA record.

4) The quality of SNP inferences is also astonishing. A simple glance at the dataset (see only Vikings) will show you some weird misplacements by YFull (which I marked in red). This is probably due to (a) the lack of a proper SNP database in some cases (e.g. for I1 or below ZZ11, a pattern also seen for years in comparison with YTree), (b) the competition that both teams have probably had to include these samples in their trees as quickly as possible, and (c) the unmatched experience of the FTDNA team.

NOTE. In two or three cases, YFull has selected one or more SNPs further down the one reported by FTDNA, which seems to correspond to controversial – although possible – calls (marked like other estimations). In similar cases, FTDNA informs of that potential downstream subclade in their comments.

I hope YFull will eventually try to compete in quality and quantity, so that we all benefit in the end, but in the meantime Family Tree DNA is clearly the new standard for assessing ancient DNA.

NOTE. I am in no way affiliated with FTDNA, nor do I get any money or benefit from this hobby at all. Rob Spencer also doesn’t benefit in any way from his work. I am not interested in the usual “genetic lab wars” that people so often join; just in seeing better SNP inferences and, if possible, a nice and healthy competition. If you have read this blog for some time now, you know I have usually linked to YFull Y-SNP calls and estimates, and I will keep doing so.