Early genetic analyses of present-day populations revealed a mix of Asian (Taiwanese) and Papuan (New Guinea or nearby) ancestries throughout Remote Oceania, with maternally-inherited mitochondrial DNA being predominantly Asian, paternally-inherited Y chromosomes mainly Papuan, and autosomes intermediate [7]. This led to the simple model mentioned above of an Austronesian-speaking population starting out from Taiwan, developing the Lapita culture in the islands near New Guinea while mixing with local Papuans, and then boldly launching out into the unknown Pacific.

The surprise came with the first studies of ancient DNA, when early Lapita people from Vanuatu and Tonga (ca. 2,500-3,000 yBP) showed completely Asian genetic ancestry, so the Papuan genetic component must have entered later.

This is what the most recent ancient DNA papers found: 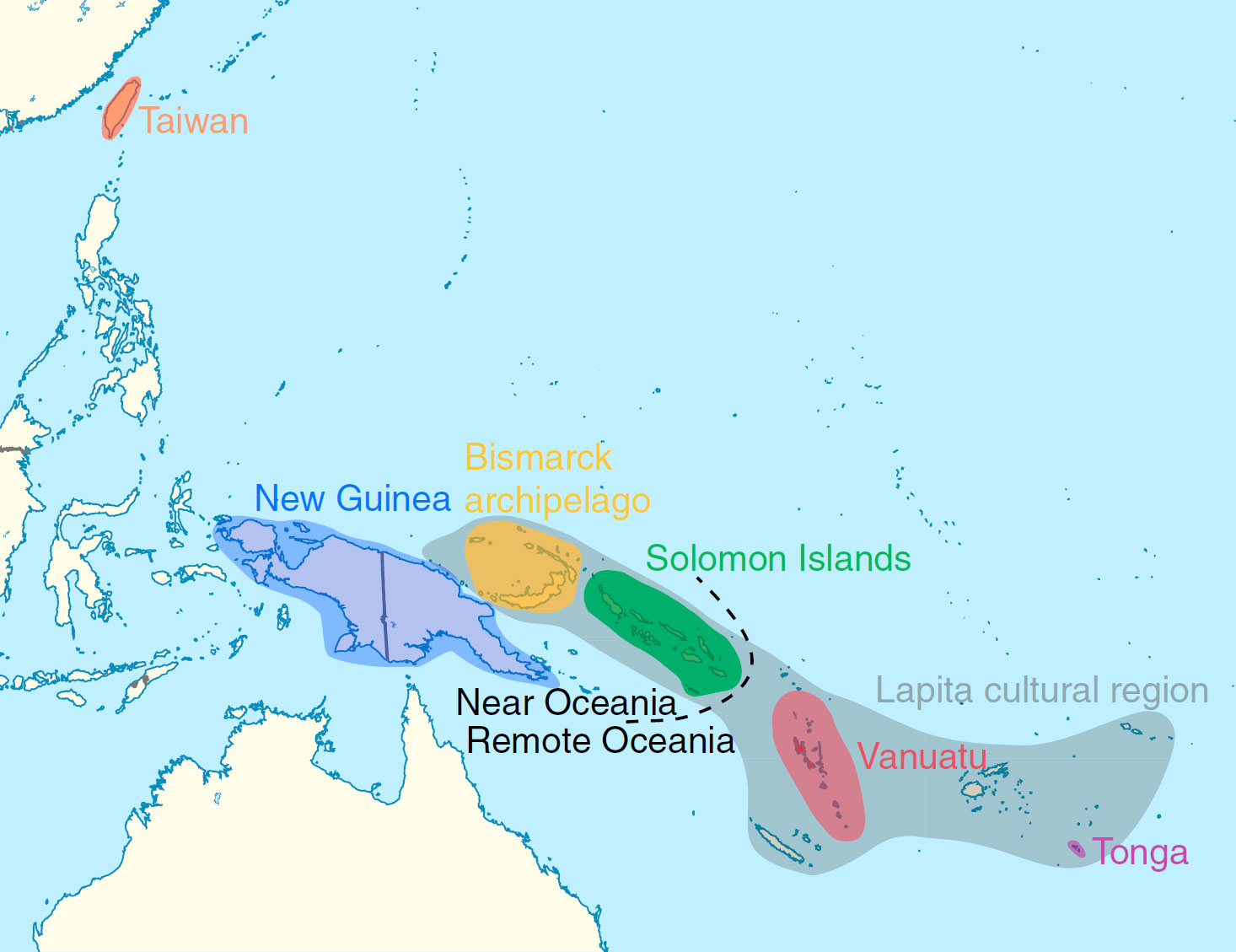 There thus seems to have been a migration of Papuan-ancestry people from the Bismarck archipelago off the coast of New Guinea, into the islands of Remote Oceania, shortly after those very islands were first settled by people from Asia. Few traces of such a migration and its cultural or technological underpinnings have been found in the archaeological record or in linguistic relationships, which is why it comes as such a surprise. The fact that these Near Oceanian people made the long journey to Vanuatu so soon after the Asian seafarers arrived in their neighbourhood, having had tens of thousands of years to do so previously, strongly suggest that the migration was somehow triggered by interactions with the new Austronesian-speaking arrivals and adoption of their sophisticated seafaring technology. The excess of Y chromosomes of Papuan origin in Remote Oceania, somewhat difficult to explain under the traditional model, might also make sense in the light of an active expansion of people from Near Oceania, as such expansions have often found to be male-biased [10]. Both studies speculate that the arrival of these Papuan-ancestry people might have contributed to the end of the Lapita period and its cultural unity.

The very first settlers of Vanuatu would have spoken Austronesian languages, and the Papuan-ancestry people who arrived shortly after would very likely have spoken Papuan languages. Yet today, all languages of Vanuatu are Austronesian. The arrivals from Near Oceania thus seem to have largely replaced the first settlers but adopted their languages. Posth and colleagues [5] argue that the languages of Vanuatu actually contain some elements of Papuan origin, and that the ancient DNA results are compatible with a more gradual process of cultural interaction and genetic mixing, rather than sudden replacement. Nonetheless, linguistic continuity in the face of this almost complete genetic replacement is extremely unusual in human history, perhaps even unprecedented as Posth and colleagues [5] suggest.