Anatomically modern humans interbred with Neanderthals and with a related archaic population known as Denisovans. Genomes of several Neanderthals and one Denisovan have been sequenced, and these reference genomes have been used to detect introgressed genetic material in present-day human genomes. Segments of introgression also can be detected without use of reference genomes, and doing so can be advantageous for finding introgressed segments that are less closely related to the

… Read the rest “Two sources of archaic Denisovan ancestry in East Asia, one possibly after the isolation of Native Americans”

Ancient DNA analysis of three individuals dated to ~3000 years before present (BP) from Vanuatu and one ~2600 BP individual from Tonga has revealed that the first inhabitants of Remote Oceania (“First Remote Oceanians”) were almost entirely of East Asian ancestry, and thus their ancestors passed New Guinea, the Bismarck Archipelago, and the Solomon Islands with minimal admixture with the Papuan groups they encountered. However, all 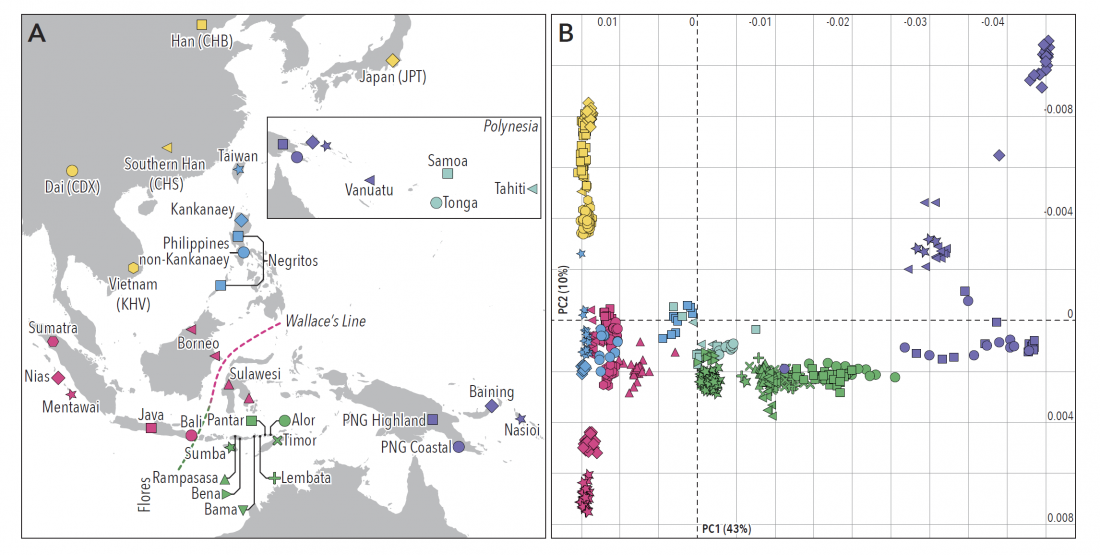