I wanted to repeat what I said last week in two different posts (see on the new Caucasus and Yamna Hungary samples, and on local groups in contact with Yamna settlers).

We already knew that expanding East Bell Beakers had received influence from a population similar to the available Globular Amphorae culture samples.

… Read the rest “East Bell Beakers, an in situ admixture of Yamna settlers and GAC-like groups in Hungary” 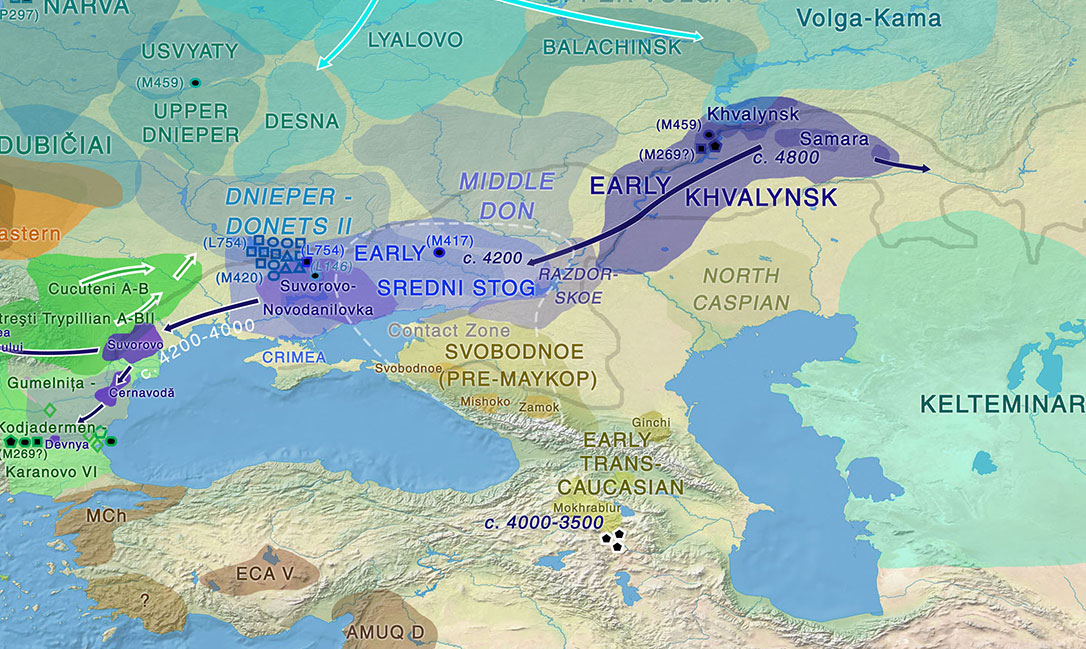 This is part I of two posts on the most recent data concerning the earliest known Indo-European migrations.

I am reading in forums about “Kroonen’s proposal” of Anatolian in the 3rd millennium. That is false. The Copenhagen group (in particular the authors of the linguistic supplement, Kroonen, Barjamovic, and Peyrot) are merely referencing Archi (2011. “In Search of Armi”. Journal of Cuneiform Studies 63: 5–34) in turn using transcriptions from Bonechi (1990. “Aleppo in età arcaica; a proposito di un’opera recente”. Studi Epigrafici e Linguistici sul Vicino Oriente Antico 7: 15–37.), who asserted the potential Anatolian … Read the rest “Consequences of Damgaard et al. 2018 (I): EHG ancestry in Maykop samples, and the potential Anatolian expansion routes” 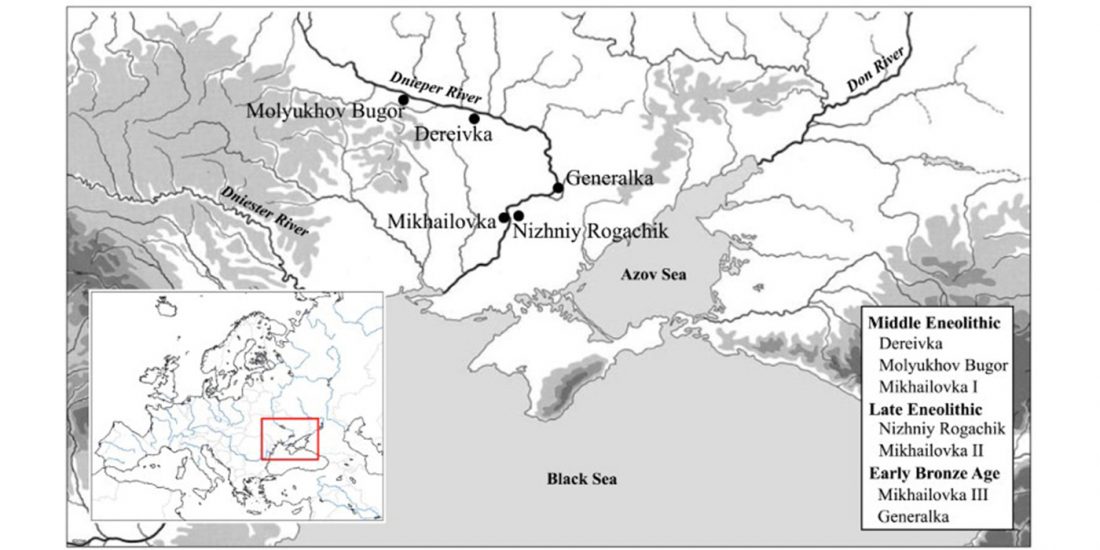 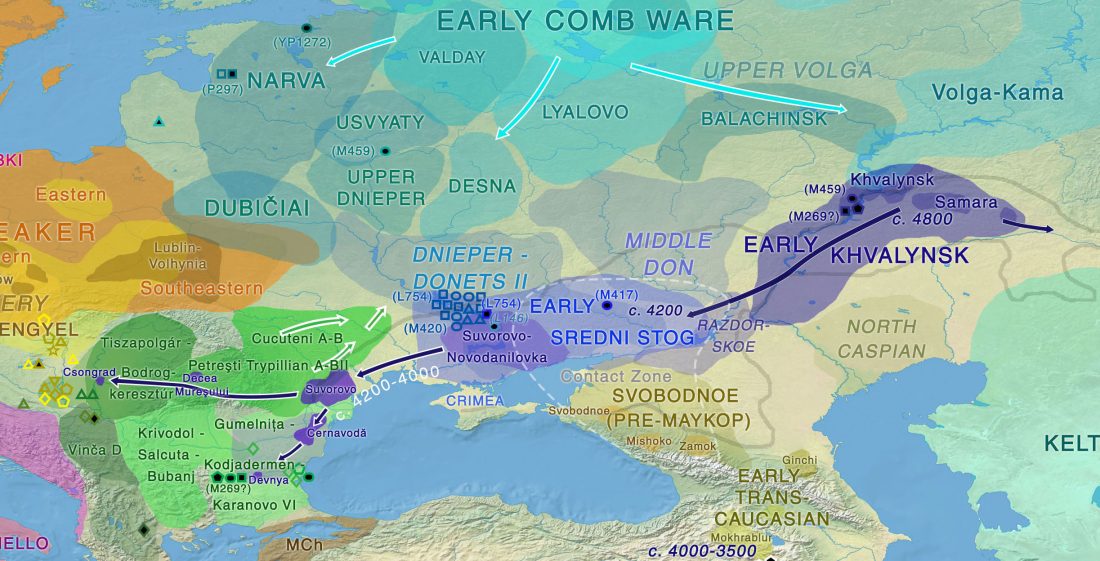 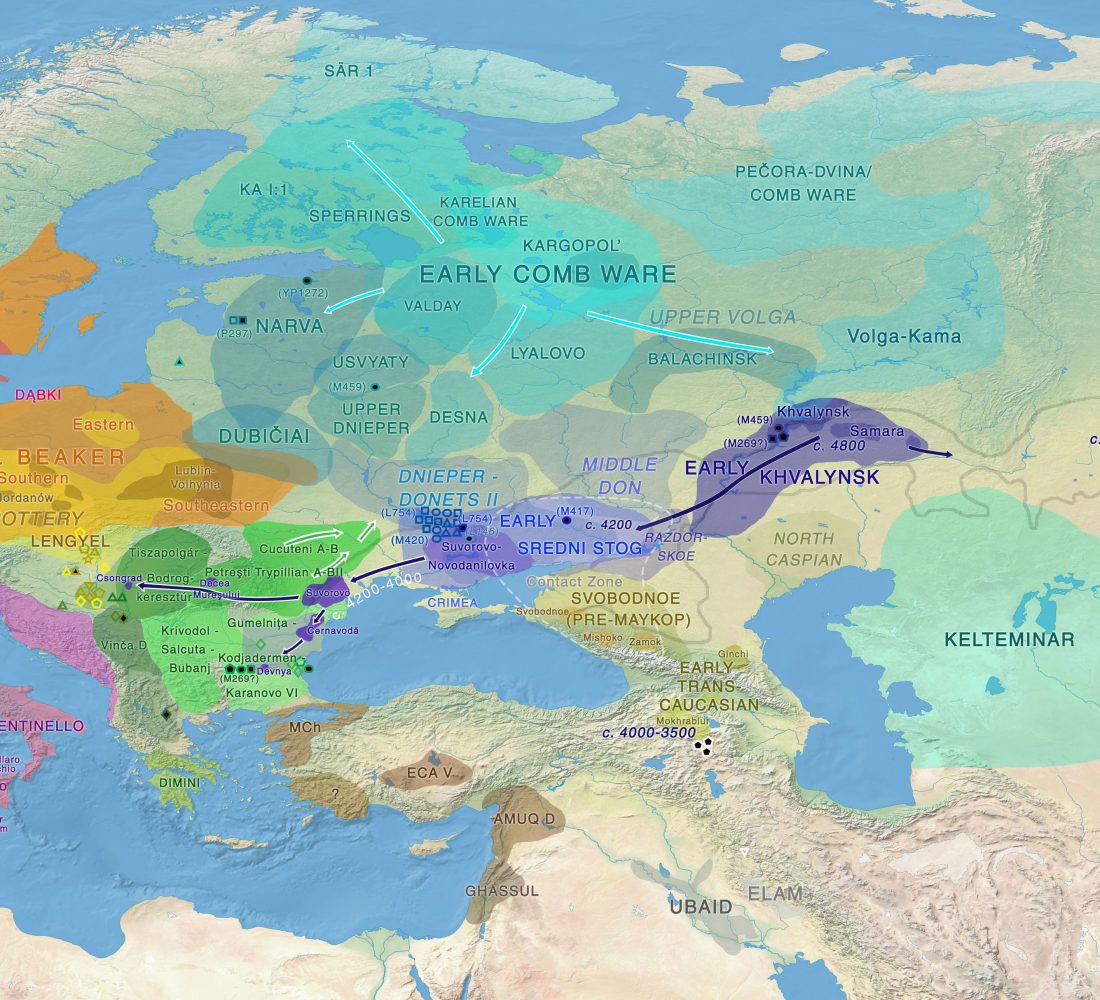