Blevins (to appear) presents a new reconstruction of Proto-Basque, the mother of Basque and Aquitanian, based on standard methods in historical linguistics: the comparative method and the method of internal reconstruction. Where all previous reconstructions of Proto-Basque assume a contrast between two sibilants, *s, a voiceless apical sibilant, and *z a voiceless laminal sibilant (Martinet 1955; Michelena 1977; Lakarra 1995; Trask 1997), this proposal is unique in positing only a single sibilant *s. 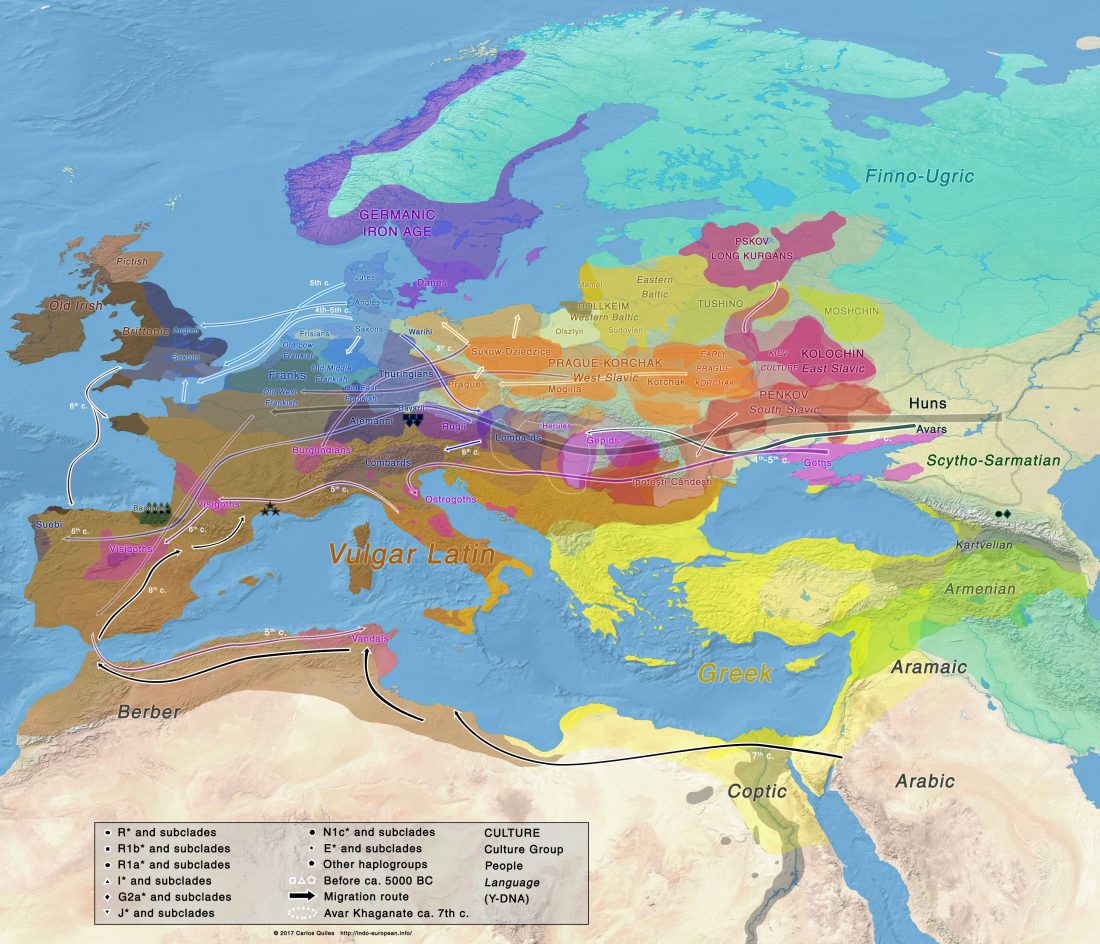 Despite centuries of research, much about the barbarian migrations that took place between the fourth and sixth centuries in Europe remains hotly debated. To better understand this key era that marks the dawn of modern European societies, we obtained ancient genomic DNA from 63 samples from two cemeteries (from Hungary and Northern Italy) that have been previously associated with the Longobards, a barbarian people that ruled large parts of Italy for over 200 years after invading