Review (behind paywall) The genetic makings of South Asia, by Metspalu, Monda, and Chaubey, Current Opinion in Genetics & Development (2018) 53:128-133.

(…) the spread of agriculture in Europe was a result of the demic diffusion of early Anatolian farmers, it was discovered that the spread of agriculture to South Asia was mediated by a genetically completely different farmer population in the Zagros mountains in contemporary Iran (IF). The ANI-ASI cline itself was interpreted as a mixture of three components genetically related to Iranian agriculturalists, Onge and Early and Middle Bronze Age Steppe populations (Steppe_EMBA).

Archeological studies suggest that a subgroup of ancient populations of the Miaodigou culture (~ 6300–5500 BP) moved westward to the upper stream region of the Yellow River and created the Majiayao culture (~ 5400–4900 BP) (Liu et al. 2010), which was proposed to be the remains of direct ancestors of Tibeto-Burman populations (Sagart 2008). On the other hand, Han populations, the other major descendant group of the Yang-Shao culture (~ 7000–5500 BP), are composed of 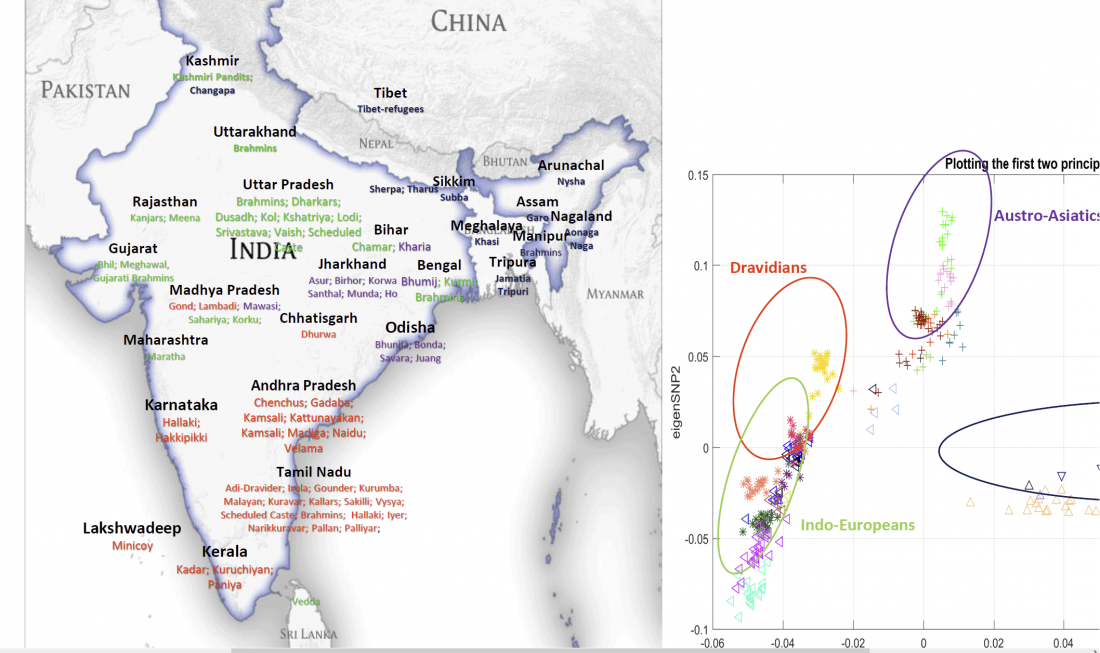