Open access Population genomics of the Viking world, by Margaryan et al. bioRxiv (2019), with a huge new sampling from the Viking Age.

To understand the genetic structure and influence of the Viking expansion, we sequenced the genomes of 442 ancient humans from across Europe and Greenland ranging from the Bronze Age (c. 2400 BC) to the early Modern period (c. 1600 CE), with particular emphasis on the Viking Age. We find that the period preceding the Viking Age was

I said I would write a post about topo-hydronymy in Europe and Iberia based on the most recent research, but it seems we can still enjoy some more discussions about the famous Vasconic Beakers, by people longing for days of yore. I don’t want to spoil that fun with actual linguistic data (which I already summarized) so let’s review in the meantime one of the main Uralic-Indo-European interaction zones: Scandinavia. 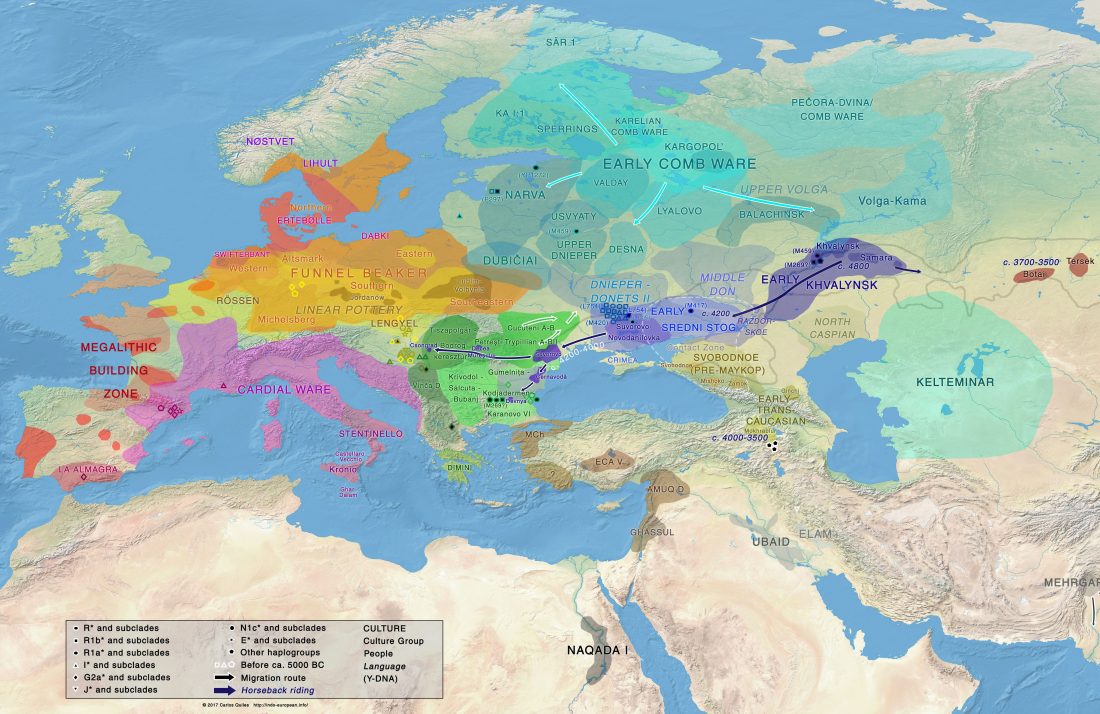