Tai-Kadai (TK) is one of the major language families in Mainland Southeast Asia (MSEA), with a concentration in the area of Thailand and Laos. Our previous study of 1234 mtDNA genome sequences supported a demic diffusion scenario in the spread of TK languages from southern China to Laos as well as northern and northeastern Thailand. Here we add an additional 560 mtDNA genomes from 22 groups, with a focus on the

Southeast Asia is home to rich human genetic and linguistic diversity, but the details of past population movements in the region are not well known. Here, we report genome-wide ancient DNA data from thirteen Southeast Asian individuals spanning from the Neolithic period through the Iron Age (4100-1700 years ago). Early agriculturalists from Man Bac in Vietnam possessed a mixture of East Asian (southern Chinese farmer) and deeply diverged eastern Eurasian (hunter-gatherer) ancestry characteristic 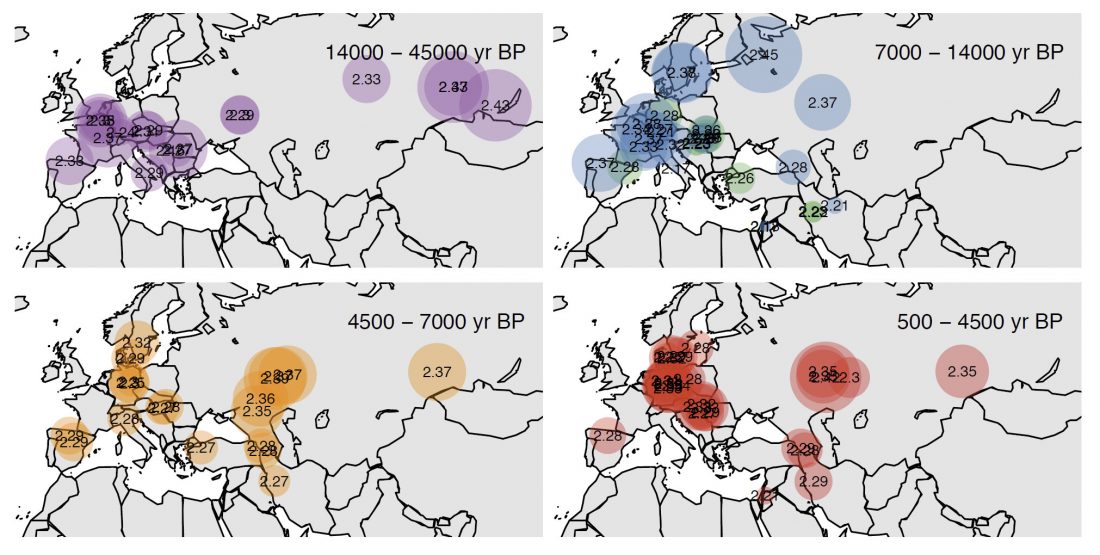 It is believed – based on uniparental markers from modern and ancient DNA samples and array-based genome-wide data – that Han Chinese originated in the Central Plain region of China during prehistoric times, expanding with agriculture and technology northward and southward, to become the largest Chinese ethnic group.

As are most non-European populations around the globe, the Han Chinese are relatively understudied in population and medical genetics studies. From low-coverage whole-genome sequencing of 11,670 Han Chinese women we