The two oldest samples — Hòabìnhians from Pha Faen, Laos [La368; 7950 with 7795 calendar years before the present (cal B.P.)] and Gua Cha, Malaysia (Ma911; 4415 to 4160 cal B.P.)—henceforth labeled “group 1,” cluster most closely with present-day Önge from the Andaman Islands and away from other East Asian and Southeast-Asian populations (Fig. 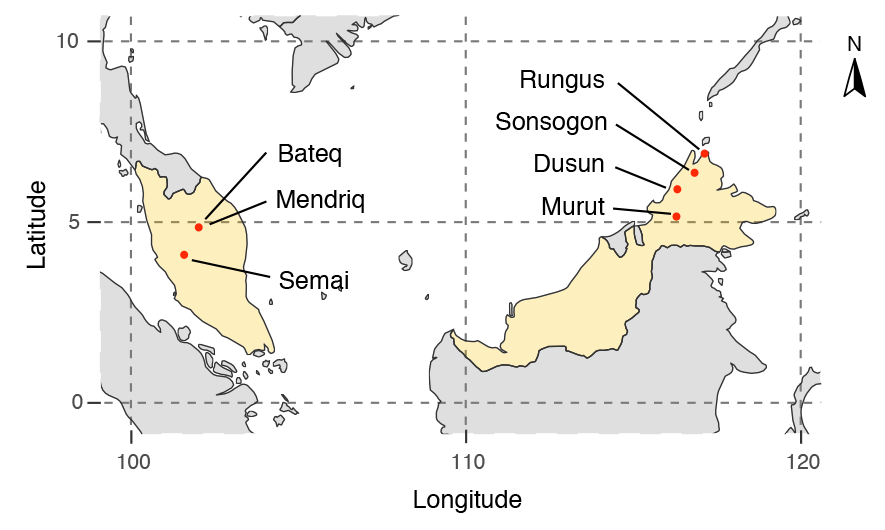