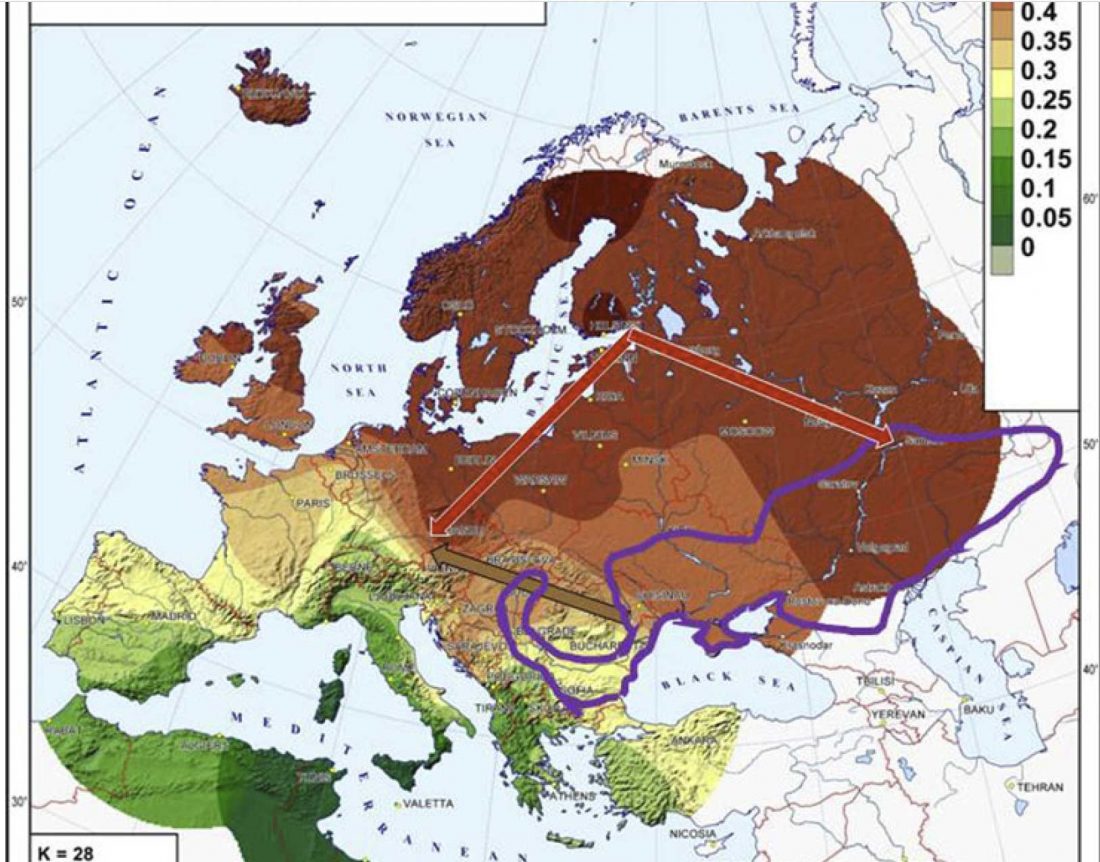 Russian archaeologist Leo Klejn has published an article Discussion: Are the Origins of Indo-European Languages Explained by the Migration of the Yamnaya Culture to the West?, which includes the criticism received from Wolfgang Haak, Iosif Lazaridis, Nick Patterson, and David Reich (mainly on the genetic aspect), and from Kristian Kristiansen, Karl-Göran Sjögren, Morten Allentoft, Martin Sikora, and Eske Willerslev (mainly on the archaeological aspect).

I will not post details of Klejn’s model of North-South Proto-Indo-European expansion – which is explained in the article, and relies on the north-south cline of ‘steppe admixture’ in the modern European population -, since … Read the rest “Something is very wrong with models based on the so-called ‘steppe admixture’ – and archaeologists are catching up”