Within months, it will be finally confirmed that both Late Repin offshoots – Early Yamnaya and Afanasievo – spread with clans that were dominated by R1b-L23 patrilineages. Succeeding migration events, likely coupled with internal founder effects under the most successful clans, left Indo-Tocharian-speaking clans as an almost uniform community in terms of Y-chromosome haplogroups, with their most recent common ancestor traceable to the 5th millennium BC.

Before that, it seems that the Indo-Anatolian-speaking Early Khvalynsk community was slightly more diverse. In particular, the success of R1b-V1636 lineages is apparent in the Khvalynsk-Novodanilovka expansion, since it is … Read the rest “Proto-Indo-European kinship system and patrilineality”

Interesting excerpts, from the discussion (emphasis mine):

We use cross-cultural data and a new mutual mate choice model to propose a resolution to the polygyny paradox. Following Oh et al. [17], we extend the standard polygyny threshold model to a mutual mate choice model that accounts for both female supply to, and male demand for, polygynous matchings, in the light of the importance of, and inequality in, rival and non-rival forms of wealth. The empirical results presented 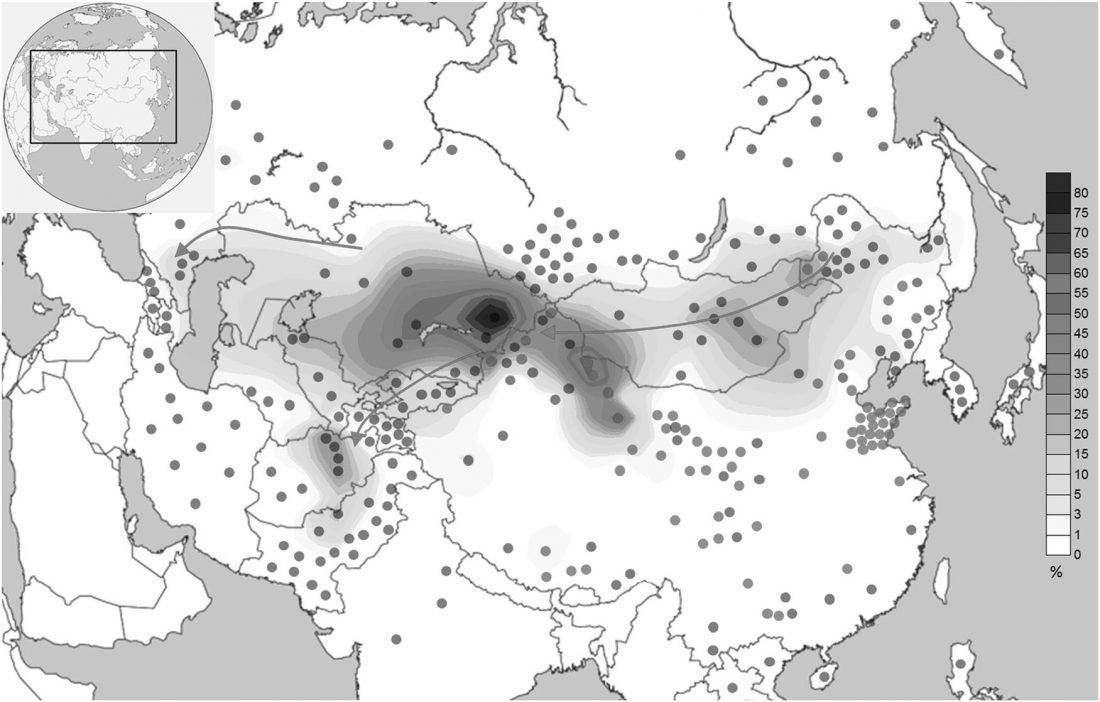 The Y-chromosome haplogroup C3*-Star Cluster (revised to C2*-ST in this study) was proposed to be the Y-profile of Genghis Khan. Here, we re-examined the origin of C2*-ST and its associations with Genghis Khan and Mongol populations. We analyzed 34 Y-chromosome sequences of haplogroup C2*-ST and its most closely related lineage. We redefined this paternal lineage as C2b1a3a1-F3796 and generated a highly revised phylogenetic tree of

… Read the rest “Y chromosome C2*-star cluster traces back to ordinary Mongols, rather than Genghis Khan”