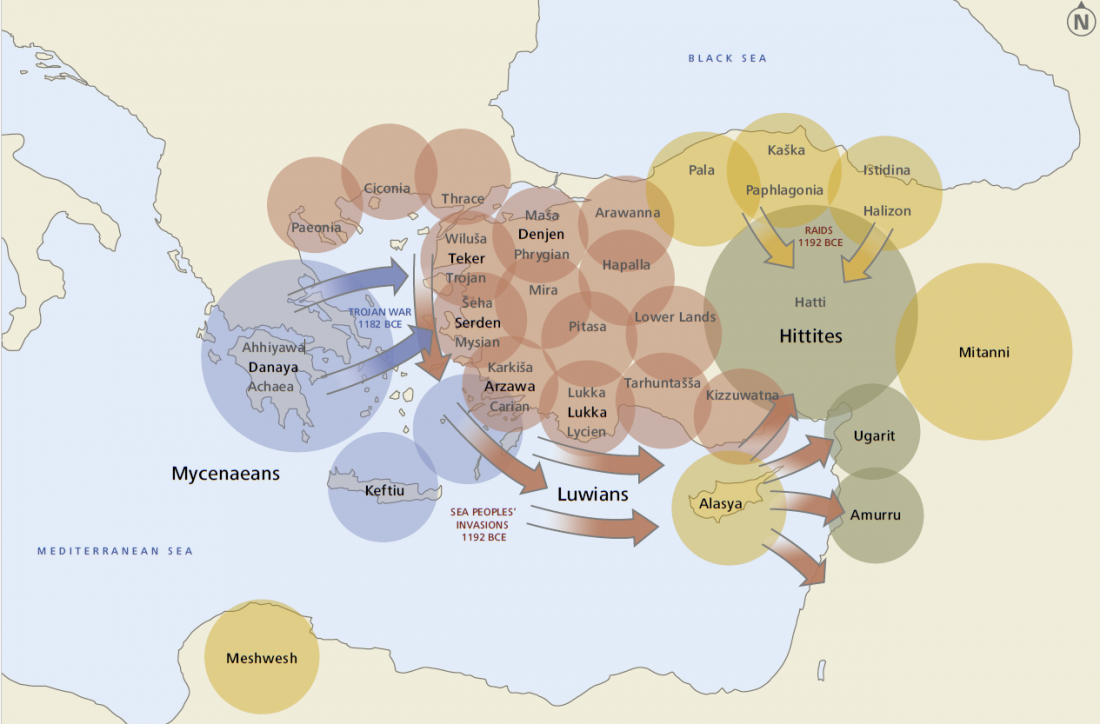 A very interesting monograph on the Luwian Civilization, and its potential connection with Wilusa (Troy) from the end of the third millennium and throughout the Bronze Age: The Luwian Civilization – The Missing Link in the Aegean Bronze Age, by Eberhard Zangger (also available in German: Die luwische Kultur – Das fehlende Element in der Ägäischen Bronzezeit).

Aegean prehistory suffered from a bias when the field was conceived 100 years ago and subsequent research has never questioned the fundamental paradigms of the discipline. As a consequence, only one third of the Aegean coasts have thus far been attributed to ancient civilizations. This leaves tremendous opportunities for current and future generations of archaeologists – on the somewhat neglected eastern side of the Aegean. Practically all contemporary sources indicate that Late Bronze Age petty states used to form military alliances. The Assuwa league, mentioned in Hittite texts from around 1400 BCE, is a good example, but so are the mercenary forces mustered by Muwatalli and the various accounts of united tribes from the Aegean (aka “Sea Peoples”) and even – in later recollections of past events – Homer’s catalogues of ships and Trojan contingents. “The Luwian Civilization” argues that such a coalition of the petty states in western Asia Minor may have succeeded in bringing down the Hittite hegemony over central Asia Minor.

Excerpt (from the Introduction):

Possibly due to its vast extent and complicated topography, for thousands of years the majority of western Asia Minor was politically fragmented into many petty kingdoms and principalities. This certainly weakened the region in its economic and political significance, but it also delayed the recognition of a more or less consistent Luwian culture.

From a linguistics point of view, however, the Luwian culture is relatively well known. From about 2000 BCE Luwian personal names and loanwords appear in Assyrian documents retrieved from the trading town Kültepe (also Kaniš or Neša). Assyrian merchants who lived in Asia Minor at the time described the indigenous population as nuwa’um, corresponding to “Luwians.” At about the same time, early Hittite settlements arose a little further north at the upper Kızılırmak River. In documents from the Hittite capital Hattuša written in Akkadian cuneiform, western Asia Minor is originally called Luwiya. Hittite laws and other documents also contain references to translations into “Luwian language.” Accordingly, Luwian was spoken in various dialects throughout southern and western Anatolia. The language belongs to the Anatolian branch of Indo-European languages. It was recorded in Akkadian cuneiform on the one hand, but also in its own hieroglyphic script, one that was used over a timespan of at least 1400 years (2000–600 BCE). Luwian hieroglyphic ranks, therefore, as the first script in which an Indo-European language is transcribed. The people using this script and speaking a Luwian language lived during the Bronze and Early Iron Age in Asia Minor and northern Syria.

Highly recommended for anyone interested in assessing where and when samples with steppe admixture and Y-DNA haplogroup R1b-M269 might appear next in Anatolian samples – and how to interpret them correctly.