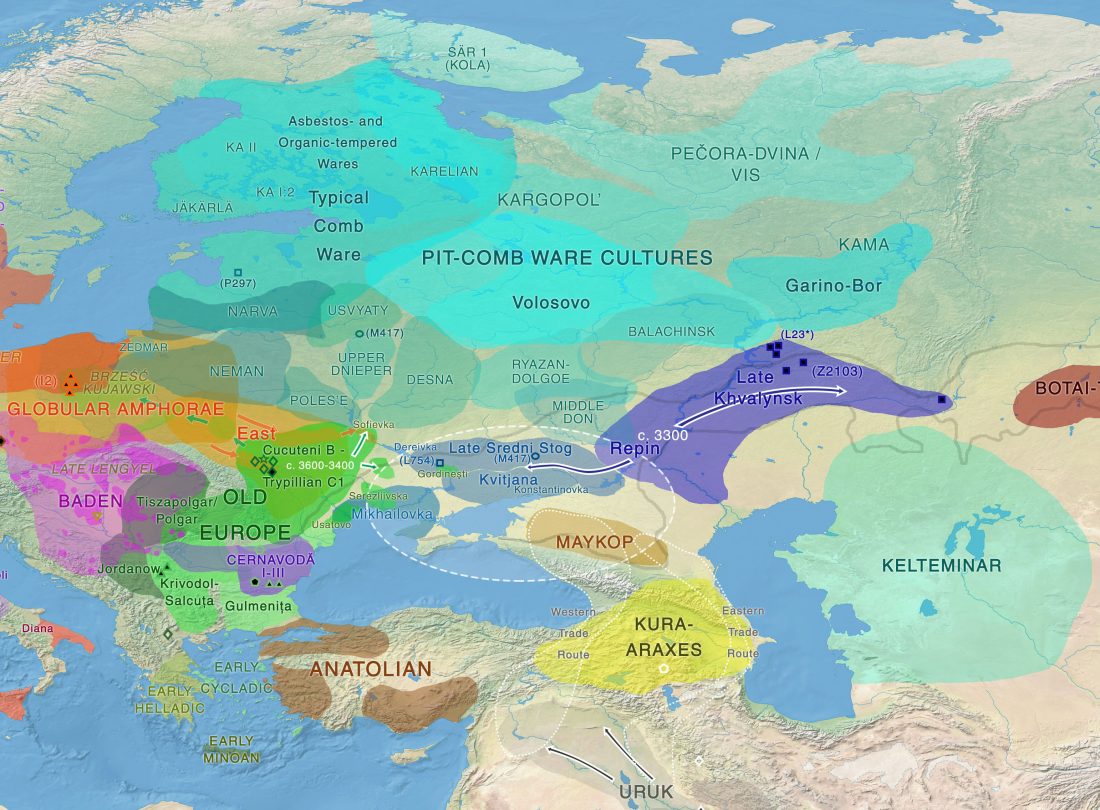 New preprint paper at BioRxiv, led by a Japanese researcher, with analysis of mtDNA of Trypillians from Verteba Cave, Analysis of ancient human mitochondrial DNA from Verteba Cave, Ukraine: insights into the origins and expansions of the Late Neolithic-Chalcolithic Cututeni-Tripolye Culture, by Wakabayashi et al. (2017).

Background: The Eneolithic (~5,500 yrBP) site of Verteba Cave in Western Ukraine contains the largest collection of human skeletal remains associated with the archaeological Cucuteni-Tripolye Culture. Their subsistence economy is based largely on agro-pastoralism and had some of the largest and most dense settlement sites during the Middle Neolithic in