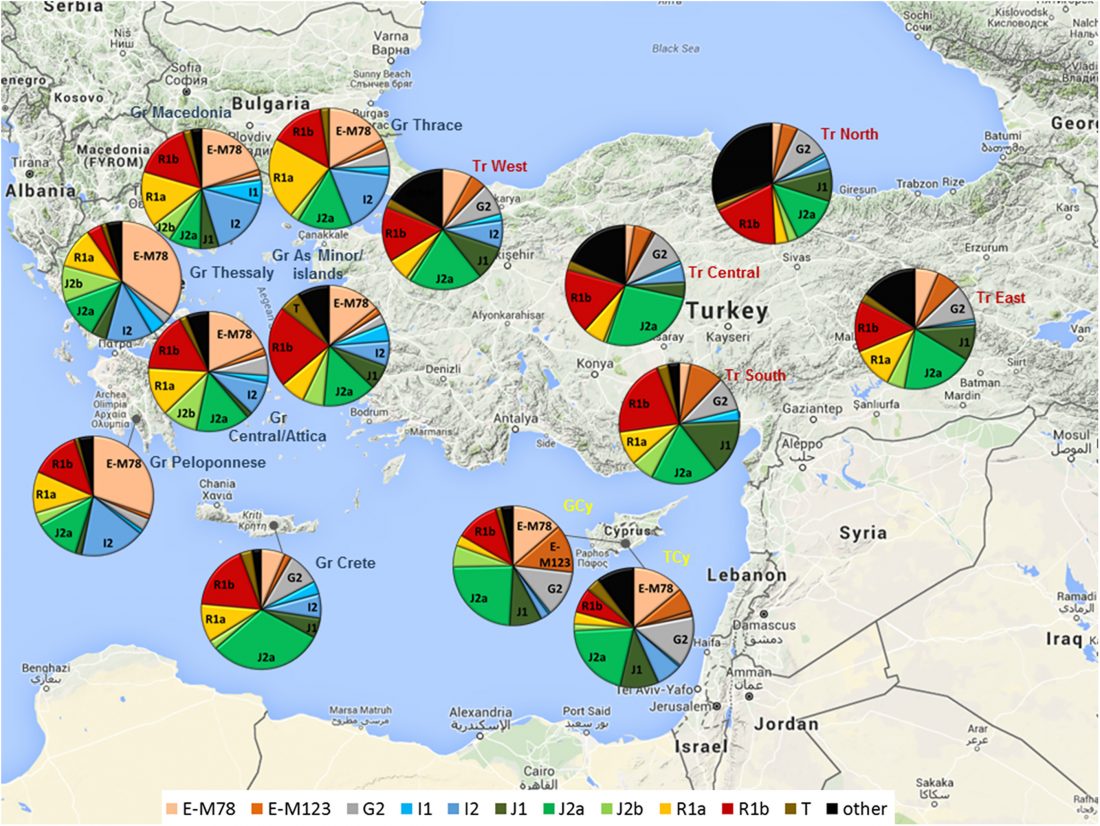 An article published in PLoS ONE, Y-chromosomal analysis of Greek Cypriots reveals a primarily common pre-Ottoman paternal ancestry with Turkish Cypriots, by Alexandros Heraclides and colleagues, insists on the potential origin of R1b and R1a lineages in Greece from Indo-European migrations, albeit with strong regional (and thus most likely temporal) differences. From the article’s discussion:

Although the exact origins and migratory patterns of R1a and R1b are still under rigorous investigation, it seems that they are linked to Bronze Age migrations from the Western Eurasian Steppe and Eastern Europe into Southern (including Greece) and Western Europe[61]. Apparently, such