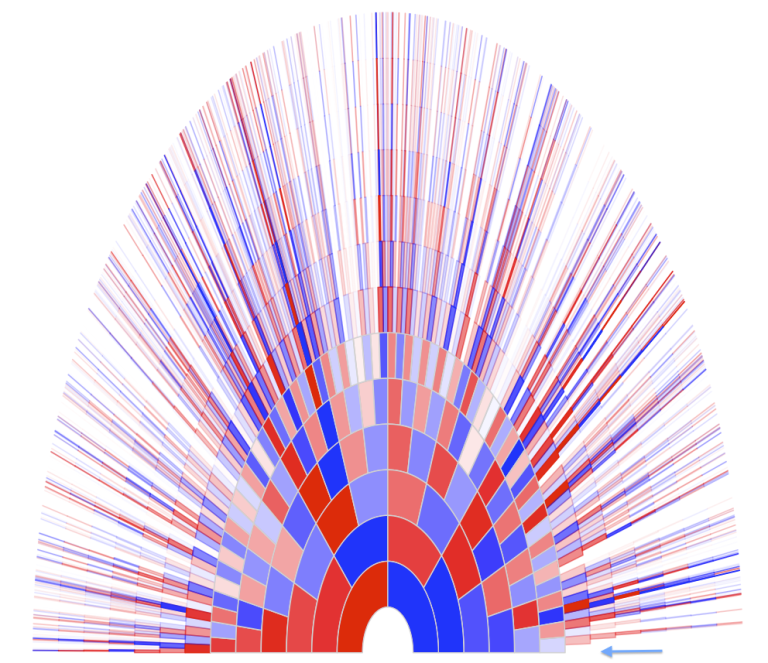 Interesting post from Graham Coop, Where did your genetic ancestors come from?

A thousand years back I’m descended from nearly everyone everywhere in Europe. I’m related to these individuals via millions of lines of descent back through my vast family tree. Yet the majority of the lines back through my pedigree trace to people living in the UK and Western Europe. Many lines trace back to more distant locations, but these are relatively few in number compared to those tracing back to closer to home. Ancestors along each of these lines are (roughly) equally likely to contribute to my genome. Therefore, most of my roughly 2600 genetic ancestors from 1000 years ago, who contributed the majority of my genome to me, will be random people living in the UK and western Europe at that time (who happened to leave descendants).

Looking back a few thousand years more, I’m a descendant of nearly everyone who ever lived almost everywhere in the world (at least those who left descendants, and many did). Yet most of the just over ~6000 individuals from that time who contributed the majority of my genome to me will mostly be found all over Western Eurasia. There’s nothing much special about these individuals who happen to be my genetic ancestors a few thousand years back. They’re likely not royalty. My genetic ancestors are just a random subset of all of my genealogical ancestors, they just happen to be my genetic ancestors due to the vagaries of meiosis and recombination.

As always, a humbling example, e.g. for those looking at haplogroups in the distant past to make modern ethnolinguistic identifications.

Genetics in combination with genealogy poses a question akin to the Ship of Theseus paradox.

Featured image (from the article): Simulation of how much of your autosomal genome is present in each genealogical ancestor as we go back up the generations. Image explained in detail in the article How many genetic ancestors do I have?