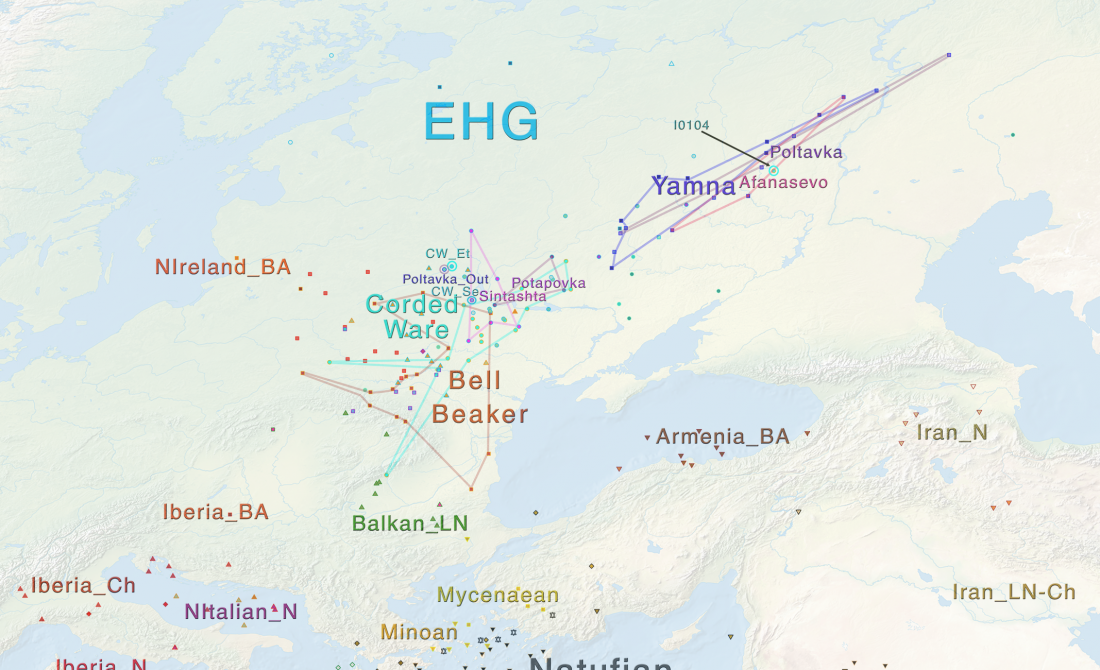 While writing the third version of the Indo-European demic diffusion model, I noticed that one Corded Ware sample (labelled I0104) clusters quite closely with steppe samples (i.e. Yamna, Afanasevo, and Potapovka). The other Corded Ware samples cluster, as expected, closely with east-central European samples, which include related cultures such as the Swedish Battle Axe, and later Sintashta, or Potapovka (cultures that are from the steppe proper, but are derived from Corded Ware).

I also noticed after publishing the draft that I had used the wording “Corded Ware outlier” at least once. I certainly had that term … Read the rest “The concept of “outlier” in studies of Human Ancestry, and the Corded Ware outlier from Esperstedt”