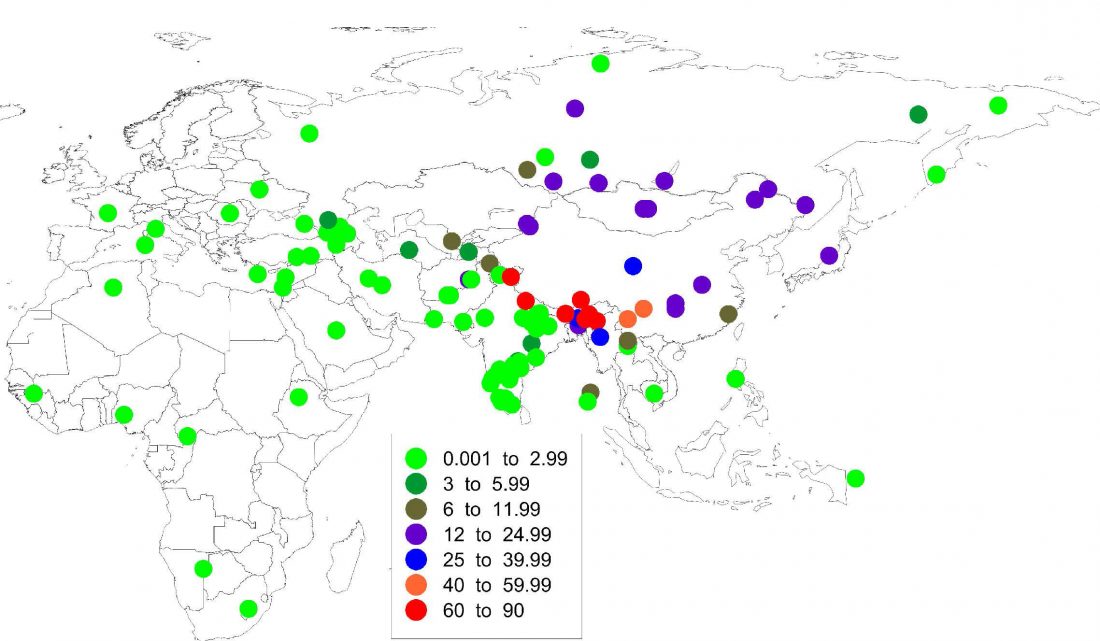 The rugged topography of the Himalayan region has hindered large-scale human migrations, population admixture and assimilation. Such complexity in geographical structure might have facilitated the existence of several small isolated communities in this region. We have genotyped about 850,000 autosomal markers among 35 individuals belonging to the four major populations inhabiting the Himalaya and adjoining regions. In addition, we have genotyped 794 individuals belonging to 16 ethnic groups from the same region, for uniparental